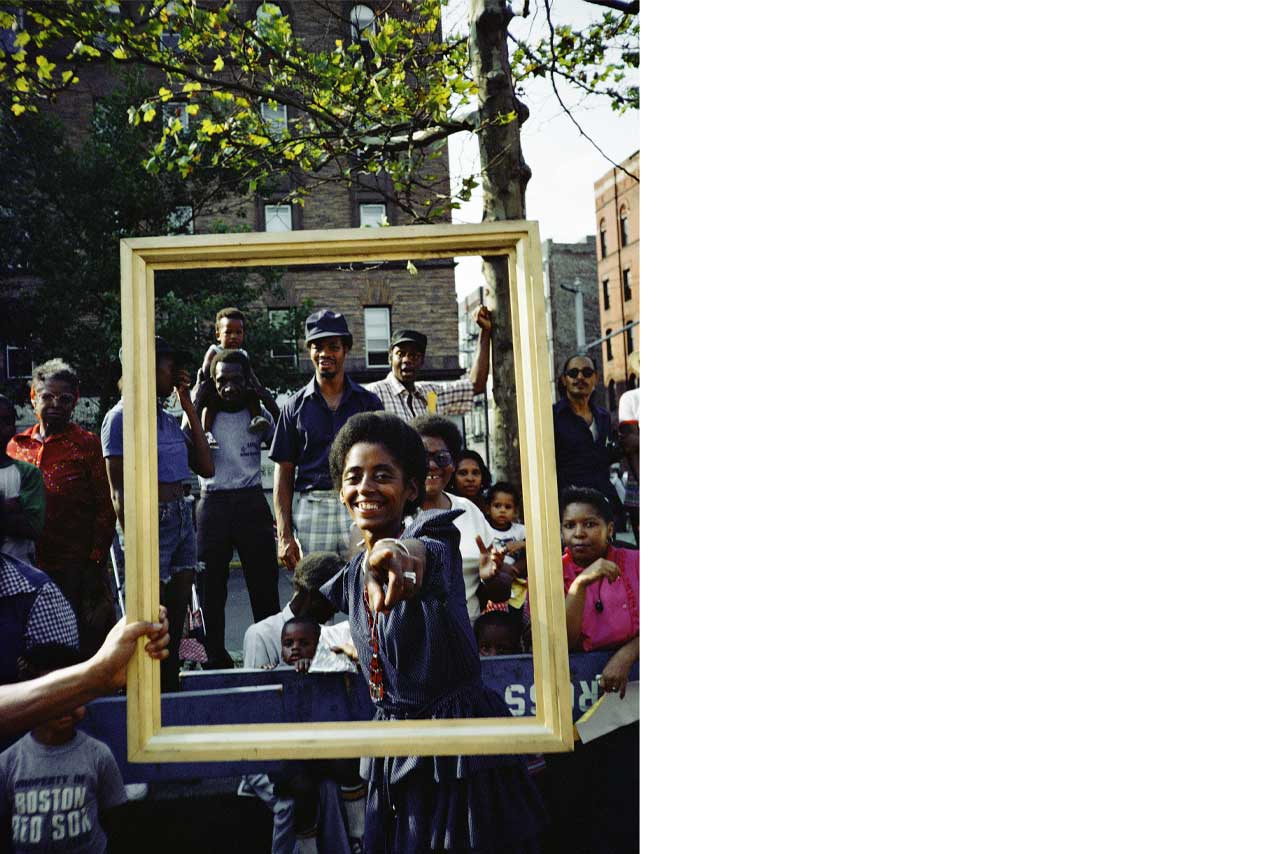 Lorraine O'Grady, Art Is . . . (Girl Pointing), 1983/2009. Chromogenic photograph in 40 parts, 20 × 16 in. (50.8 × 40.64 cm). Edition of 8 plus 1 artist’s proof. Courtesy of Alexander Gray Associates, New York. © Lorraine O’Grady/Artists Rights Society (ARS), New York
Lorraine O’Grady: Both/And, on loan from the Brooklyn Museum in New York, is the first comprehensive overview of the work of Lorraine O’Grady (born in Boston, 1934), one of the most significant figures in contemporary performance, conceptual, and feminist art. O’Grady is widely known for her radical persona Mlle Bourgeoise Noire, and has a complex practice that also encompasses video, photomontage, concrete poetry, cultural criticism, and public art. The artist has consistently been ahead of her time, anticipating contemporary art world conversations about racism, sexism, institutional inequities, and cultural oversights by decades, and her prescience has inspired younger generations of artists.

Raised in Boston by middle-class Jamaican immigrant parents and educated at Wellesley College, O’Grady spent years working as an intelligence analyst for the US government, as a translator, and as a rock music critic before beginning her career as a visual artist in the late 1970s at the age of 45. Throughout her work, O’Grady has called attention to the deeply segregated nature of the art world while also continually imagining her own history, body, and relationships, within a cultural landscape that often makes it difficult for Black women to speak for themselves.

These parallel threads—of outward critique and inward reflection—are some of the many binaries that O’Grady’s work addresses. By putting seemingly contradictory ideas together, O’Grady questions the power attached to such oppositions as Black and White, museum and individual, self and other, West and non-West, and past and present. The exhibition’s subtitle Both/And, emphasizes the artist’s ambitious goal of dismantling either/or thinking in favor of broader possibilities.

NOTE:  On Saturdays, beginning January 15 and continuing through April 30, WAM docents will be available at 1-1:30pm to introduce drop-in guests to the Lorraine O'Grady Both/And exhibition.