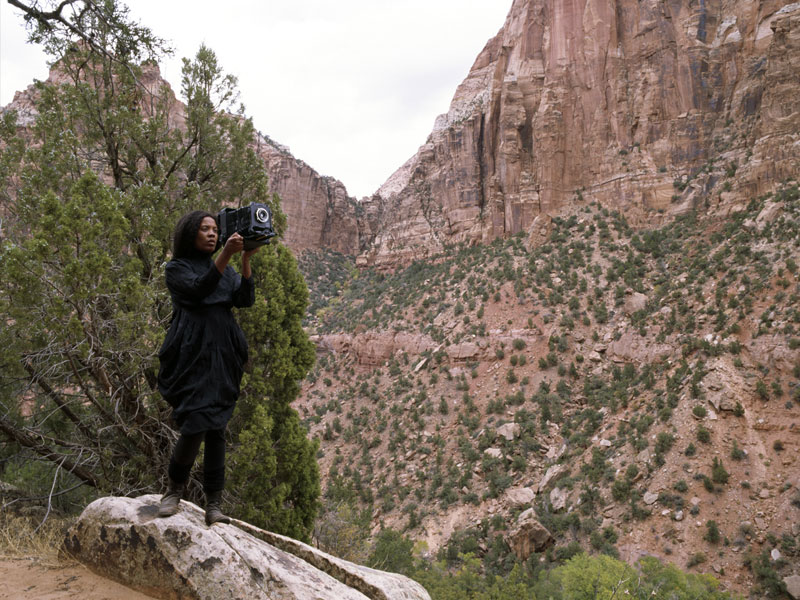 The Weatherspoon Art Museum at UNC Greensboro presents the exhibition Xaviera Simmons: Falk Visiting Artist (January 23 - May 29, 2021). Images and objects, bodies and geography, the personal and the social: artist Xaviera Simmons binds these themes together in artworks that respond to the gaps and distortions in our understanding of histories—be they artistic, political, or economic. Working extensively from archival sources and thinking deeply about art history, she focuses on documents and artifacts that shed light on “the experiences of White, Indigenous, and Black Americans who descend from slavery, stories shaped in relationship to the overarching theme of White threat and terror.” Honoring the layers and nuances of these narratives, she works within abstraction and metaphor--offering viewers accumulations of visual elements to be considered from multiple perspectives.

Curator of Exhibitions, Dr. Emily Stamey notes that “this is an important show with which to launch 2021, for as much as Simmons’s work challenges us to critically examine the past, it also pushes us to find new ways of looking and seeing, perspectives that will help us move us forward.”

The Falk Visiting artist program is a partnership between the Weatherspoon and UNCG’s School of Art. In conjunction with her exhibition at the Weatherspoon, Simmons will be meeting and working with students and will present a public talk.

This exhibition is organized by Dr. Emily Stamey, Curator of Exhibitions.