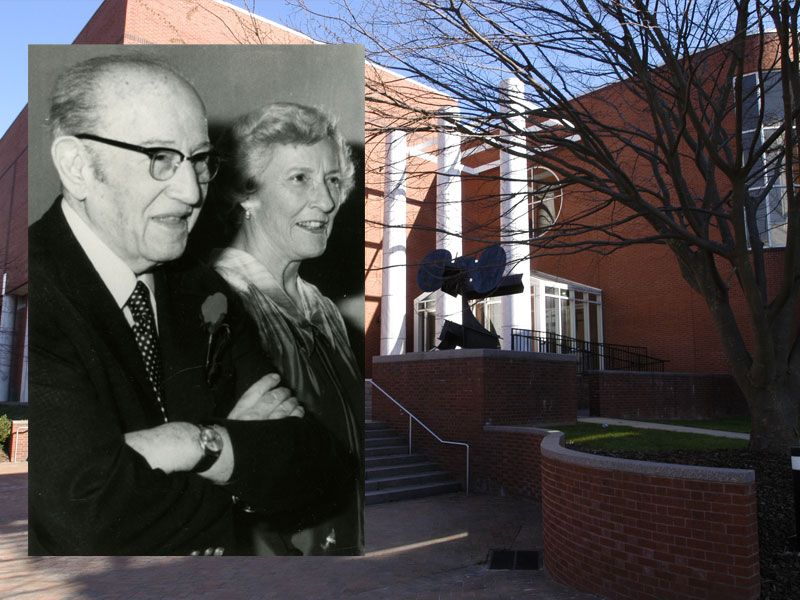 The Weatherspoon Art Museum at UNC Greensboro is excited to announce the establishment of the Anne and Ben Cone Memorial Endowed Directorship Fund at the Weatherspoon Art Museum, the first of its kind for the museum. The gift in memory of Anne and Ben Cone is made possible by the generosity of an anonymous donor. The Cones were well-known, passionate, and deeply devoted patrons to the museum.

Weatherspoon Director Nancy Doll adds, “This gift is an outstanding addition to the numerous ways in which the Cone family has shown its commitment to the Weatherspoon over many years. The support is providing the director with the discretionary freedom to allocate funds where he or she sees fit. At the same time, it will serve in years to come as an attraction to future candidates for the position."

On April 28, 2020, UNC Greensboro announced that Juliette Bianco will join the Weatherspoon as its first Anne and Ben Cone Memorial Endowed Director. Bianco will succeed Nancy Doll, who retires on July 31, 2020, after 22 years of dedicated and successful service.

"I am thrilled and honored to be joining the Weatherspoon Art Museum," stated Bianco, "an institution with an inspiring legacy and diverse collection that I have long admired, as well as the University of North Carolina, Greensboro, and the Greensboro community. Engaging with the art of our times has never been more important than now, and I look forward to leading the Weatherspoon’s efforts to provide a place for campus and community to learn, collaborate, and grow together."

Anne and Ben Cone became prolific patrons of the arts in Greensboro, particularly at Anne’s alma mater, Woman's College (now UNC Greensboro). In addition to supporting and financing the acquisition of numerous pieces to the Weatherspoon's collection (the core of which was started by Benjamin's aunts Claribel and Etta Cone, who gave 252 works of modern art in 1950), they also donated $2 million to finance the building which now houses the Weatherspoon Art Museum. The opening of the Anne and Benjamin Cone building in 1989 on the corner of Spring Garden and Tate Streets launched the museum’s focus on introducing art not just to students but also to the greater community, as well as expanding the scope of artists and works promoted. Anne and Ben continued to support the museum throughout their lives. Ben Cone served on the Weatherspoon Gallery Association and Acquisition Committee and Anne was an active member and Lifetime Director of the Weatherspoon Gallery Association and a founding director of the Weatherspoon Arts Foundation.

Benjamin Cone Sr. was born in New York City in 1899, the second son of Ceasar and Jeanette Cone. His family eventually moved to Greensboro, North Carolina, where his family’s textile business flourished. After graduating from the University of North Carolina at Chapel Hill in 1920, he was appointed to the board of directors of Cone Export & Commission Company, where he remained until 1942. He married Anne Wortham Cone in 1937. In the late 1930s, Benjamin began a long, successful career in politics and public service. He served on the North Carolina General Assembly and the Greensboro City Council and was elected as mayor of Greensboro. He acted as the President of Moses H. Cone Memorial Hospital and the Children’s Home Society and was on the board of directors for the Excellence Fund at UNCG.

Anne Wortham Cone was born in Washington, D.C., in 1915. After the death of her mother, Anne was raised by an aunt and uncle in Orange, Virginia. She graduated from Salem College and then Woman’s College of the University of North Carolina (now UNC Greensboro), where she completed a commercial degree in 1935. Anne went to work at Cone Mills, where she met her future husband, Benjamin Cone, Sr. They married in 1937. A homemaker raising three children, Anne also dedicated herself to the Greensboro community during her husband’s political and public service career. She was a member of many local boards, including the Children’s Home Society, the YWCA, and Little Theatre, and the Greensboro Junior League.


About the Weatherspoon Art Museum