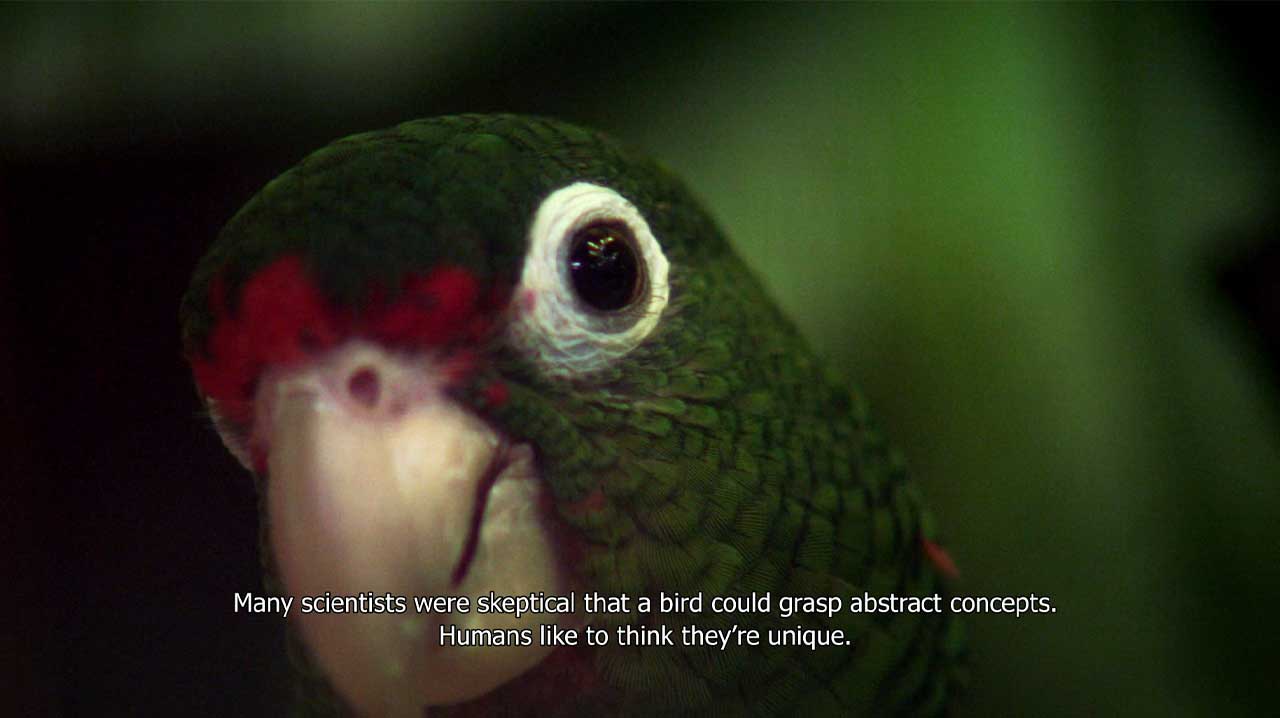 Allora & Calzadilla, The Great Silence, 2014. Three-channel HD video installation, 16 min. and 22 sec. (A&C140007) © Allora & Calzadilla, photo courtesy of Lisson Gallery, London
The humans use Arecibo to look for extraterrestrial intelligence. Their desire to make a connection is so strong that they’ve created an ear capable of hearing across the universe. But I and my fellow parrots are right here. Why aren’t they interested in listening to our voices?

So begins artists’ Allora & Calzadilla’s poetic video, The Great Silence. Narrated by an endangered Puerto Rican parrot living near the world’s largest radio telescope at the Arecibo Observatory, this eloquent film winds its way in just 16 minutes through musings on life and death, communication and misunderstanding, myth and science. Its images alternate between the dense green growth of the rainforest and the stark gray surfaces of the telescope’s construction, while its soundtrack swings between the song calls of the birds and the mechanical whirs and creaks of machinery. All the while, the thoughtful parrot notices how all of these contradictions—abstract and physical—exist together.

Created in 2014, the video’s themes of care and hope still resonate today, perhaps even more strongly. Nearly a decade later, Puerto Rico has endured the 2017 destruction of Hurricanes Irma and Maria—with their deathly toll to both humans and animals on the island—as well as the 2020 collapse of the Arecibo telescope–and its impact on the scientific community globally. Now in a moment of required resilience—along with the rest of the world, as we persist through pandemics, climate change, and political turmoil—the parrot’s closing words feel more needed than ever: You be good. I love you.

This exhibition is organized by Dr. Emily Stamey, Curator of Exhibitions.