The UNCG Sustainability Film and Discussion Series will celebrate its 17th year by partnering with the UNCG Environment and Sustainability Program returning to in-person screenings with its long-time partner, the Weatherspoon Art Museum.

Chicago suffered the worst heat disaster in U.S history in 1995, when 739 residents—mostly elderly and black—died over the course of one week. As Cooked links the deadly heat wave's devastation back to the underlying manmade disaster of structural racism, it delves deep into one of our nation's biggest growth industries: Disaster Preparedness.

Peabody Award-winning filmmaker Judith Helfand (Blue Vinyl, Everything's Cool), uses her signature serious-yet-quirky connect-the-dots-style to forge inextricable connections between the cataclysmic natural disasters we're willing to see and prepare for and the slow-motion disasters we're not. That is, until an extreme weather event hits and they are made exponentially more deadly and visible.

But whether it was the heat wave in Chicago or Hurricanes Katrina, Sandy, Harvey, Irma and Maria, all of these disasters share something key: they reveal the ways in which class, race, and zip code predetermine who was living on the edge to start with, who gets hurt the worst, who recovers and bounces back—and who doesn't. In Cooked, Helfand challenges herself and others to truly see and respond to the invisible man-made disasters taking place in towns and cities across the country before the next "natural" disaster hits.

Cooked is an adaptation of "HEAT WAVE: A Social Autopsy of Disaster in Chicago" (2002), Eric Klinenberg's groundbreaking book.
VIEW ALL EVENTS 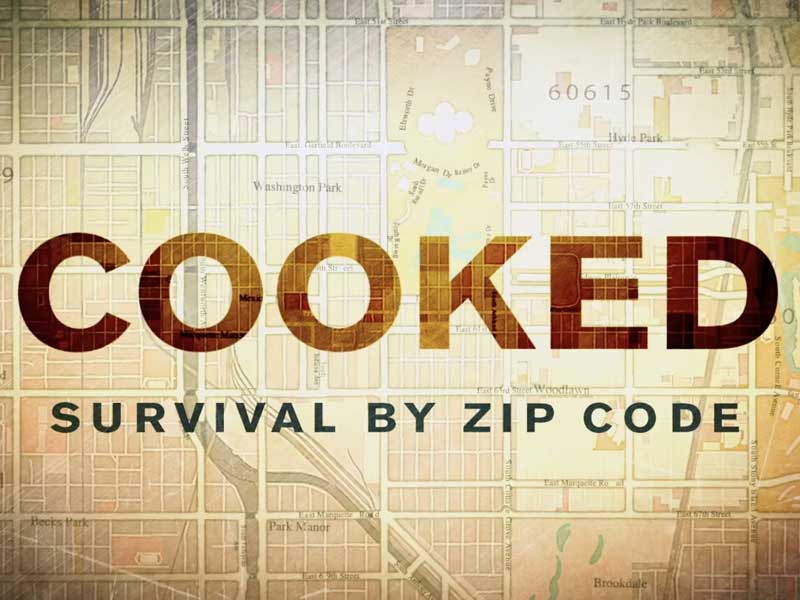