In one fell swoop the Weatherspoon acquired 45 significant artworks by both regionally and nationally recognized artists this past summer. Gifted by Chapel Hill art patrons and collectors Charles Weinraub and Emily Kass, the largess includes many artists whose works previously were not represented in the museum’s collection, such as Native American visual artist and curator Jaune Quick-to-See Smith, recent Art on Paper participant Tanja Softić, and Neoexpressionist artist Susan Rothenberg. The prints, drawings, paintings, and photographs showcased in Finding Meaning exemplify the visual strength and limitless possibilities of abstraction. While the images are not necessarily devoid of narrative content, comprehending themes or subject matter is not central to the works. Some images abstract nature, such as Larry Schwarm’s otherworldly photograph of an intense prairie fire, while others rely solely on the seven building blocks of art (line, shape, space, value, form, texture, and color) to construct powerful compositions.

North Carolina residents Weinraub and Kass have been strong supporters of the arts for many decades. Weinraub first began collecting prints while living in Indiana in the late 1970s. Kass has served as executive director of both municipal and university art museums across the United States and currently runs the Chelsea Theater, a nonprofit arthouse movie theater in Chapel Hill. The museum kindly thanks them for their generosity. 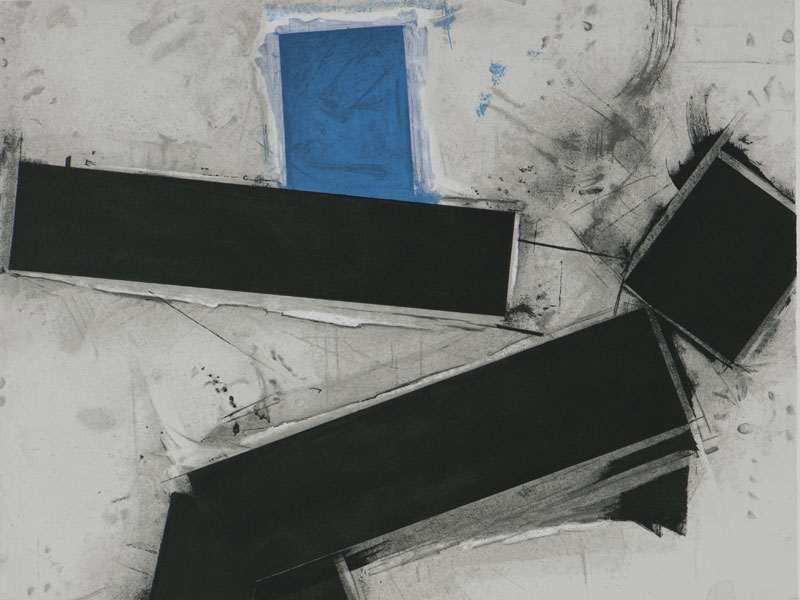