In all his work, Kendell Carter seeks to reward imaginative moves beyond clichés and stereotypes. Describing "Meditation on Team (Waves for Scottie)," an image of the artist on a bluff overlooking the Pacific Ocean, he notes, "It's an alternative to the idea of the physically heroic male athlete" whose success rests in physical strength and individual dominance."

This program is held in conjunction To the Hoop: Basketball and Contemporary Art and is supported by a gift from Sherry Sherrill. Free. 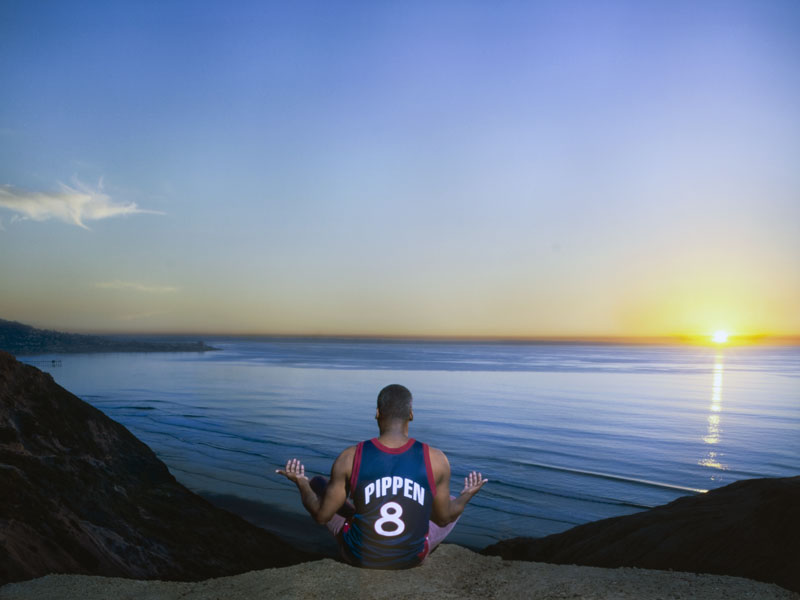